ROANOKE, W.Va. — A nine-month review of Fayette County Schools seemed to appease the School Building Authority’s 11-member board as they voted unanimously Monday to accept Fayette County’s new comprehensive plan that trims 18 schools down to 11.

In December 2015, the board balked at a request for $39 million over three years with a $17 million local match proposed by Superintendent Terry George. At that time, the board took issue with proposed travel times, lack of community input and lack of School Building Authority involvement in developing the plan.

At the board’s request, School Building Authority (SBA) staff conducted an intensive review of Fayette County facilities, academics and finances. A review that SBA Executive Director David Sneed said is the first of its kind for the agency and possibly more in-depth than any county has gone when developing 10-year facilities plan.

Board member Tom Lange said last year the board rejected “rubber-stamping a plan handed down from the state.”

“My regret is that it has taken this long, and the children had to endure those conditions this long. I’m hoping we can move froward and get some schools up for these students,” he said.

Fayette County’s Comprehensive Educational Facilities Plan is now expected to cost about $78 million to fully implement, with students from Valley High and Meadow Bridge high left to decide if they will attend school in neighboring counties or be bused to a school farther away in Fayette.

Lange asked if issues of travel time were addressed under the new plan.

Scott Raines, Director of School Planning and Construction, said the community stressed it didn’t want students on buses longer than the state recommends.

“We worked to ensure that would not be the case. There were some concerns about kids going to other counties, but the reason that option was there was to reduce travel times for those students. If they want to travel longer to stay in Fayette County, they can,” he said.

Board member T. Bartlett Willis asked if Fayette County would be transporting students outside the counties.

George said Fayette would transport students to Greenbrier West or Midland Trail and would pick up students from Summers County and transport them to either school if they met a bus at the county line.

One of the things the SBA learned during the review is that Fayette sends a bus into Summers County to pick up 60 kids and transport them to Meadow Bridge elementary and high schools, said Raines.

Answering questions from board Vice President Steve Burton, George said there are about 145 students at Meadow Bridge in grades 9-12, and between 30 to 40 of those reside in Summers.

“Just because the county line is there, that doesn’t stop the friendships and the community,” noted Burton.

“We need a plan in Fayette County that you, as a board, can feel comfortable — if you send money to Fayette County to so something — that there is some rhyme and reason and the money doesn’t come back,” said Sneed. “We’ve emphasized to the state board and the county and to you today — this plan meets the goals and objectives set by the community and the SBA. If the plan is changed again, is is going to have to be because the goals and objective have changed.”

“The process we put in place attempted to address all those issues, not just go down there and say, ‘Let’s close a bunch of schools and try to save some money and see what will happen,'” he said. “At the end of the day, the data led us to a plan.”

“If we are going to focus on the true level of equity of access, as Secretary of Education (John) King often talks about in Washington, the quality of education should not be defined by the zip code of where a child lives,” said State Superintendent Dr. Michael Martirano. “We have to be responsible for the equity of access, because equal is not equity.”

Board member Dr. William White said he knows the outcome hasn’t pleased everyone because he has heard from the community.

He also noted that he resents being told the review process was “rigged.”

Of the 11-member voting board, Tom Campbell and Tina Combs were not in attendance Monday.

The West Virginia Board of Education approved the Comprehensive Educational Facilities Plan amendment earlier this month.

George is expected to present an application  in October to fund one portion of the plan. The SBA reviews those applications in November and allocates funding in December.

See more from The Register-Herald. 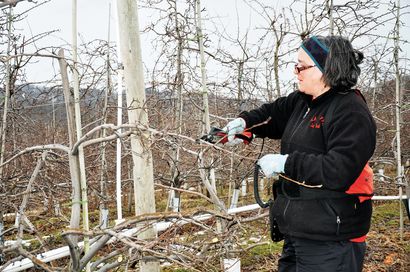 Schumer to visit WV for fundraiser