Editorial: Much work ahead for Cannabis board

The Journal of Martinsburg:

Here in West Virginia, it takes something like a devastating flood for us to declare an official state of emergency.

In Nevada, a shortage of marijuana qualifies. Talk about reefer madness.

It probably helps to be over, oh, 50 years of age to see the irony in that. Not so long ago, a substantial governmental and social concern was stamping out trafficking in marijuana.

Times certainly do change. They have here in the Mountain State.

Next week, the state Department of Health and Human Resources will convene the initial meeting of the West Virginia Medical Cannabis Advisory Board. The panel was established to write regulations for the sale of marijuana.

After several years of blowing hot, then cold over legalization of marijuana for medicinal purposes, state legislators approved a plan earlier this year. Its goal is to help people who may benefit from using the active ingredient in cannabis as part of treatment for some health problems.

In Nevada, recreational-use sales began July 1. Stores quickly ran out of the weed. One Las Vegas retailer commented that, “We didn’t know the demand would be this intense. All of a sudden, you have, like, a thousand people at the door.”

Amid that buyers’ frenzy, the Nevada Department of Taxation declared an emergency, fearing that — we don’t make these things up — “this nascent industry could grind to a halt.” Efforts were being made to increase the number of marijuana stores, as well as the supply of the product.

It will not be surprising at all if something similar occurs in West Virginia, but in doctors’ offices rather than marijuana dispensaries.

No one can say how many people have health conditions that may prompt them to turn to cannabis just to get through the day. But it is a safe bet that for every one of them, a hundred other Mountain State residents are wondering how they can convince a physician to prescribe cannabis for other reasons.

We do not envy members of the new advisory board. Their task is to find ways to help people get well, not high. They have two years to submit a report to the governor and the Legislature.

In all likelihood, they will need every day of that to get this one right. 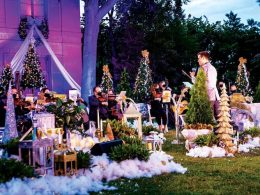 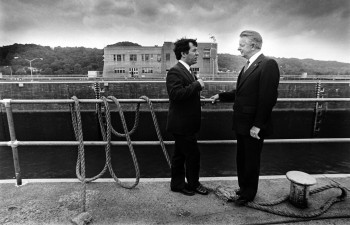 CHARLESTON, W.Va. — Hold public office for 38 years and you will accumulate a fair amount of papers…
byBrian Canterbury