Editorial: Hope for the future – More coal moving through Bluefield

From The Bluefield Daily Telegraph:

It is something we are seeing just about every day now. Trains are hauling more coal through Bluefield. It is a comforting sight for those who are hoping to see a long-awaited resurgence of the coal industry.

The reason more coal is being shipped through Bluefield is due to an uptick in the export of metallurgical coal to Europe. The cost and demand for metallurgical coal, which is used in the steel-making process, increased temporarily recently.

Taylor said China started importing from Australia, which then cut back on its exports to Europe, causing the spike in the demand for U.S. coal. And while the demand for coal exports continues to fluctuate, industry officials remain hopeful.

One reason for that optimism is President Donald Trump’s proposed $1 trillion infrastructure plan.  If all of the contractors who are hired to complete the infrastructure upgrades are asked to use steel made in the United States, domestic metallurgical coal would then be used to make that steel — putting more coal miners back to work.

We’ve also heard reports of more coal miners being called back to work. But official data to back up such reports is not currently available. Taylor says that those statistics are kept, but have not been released.

Gordon Lambert, president of the McDowell County Commission, also believes some coal mining jobs are coming back. He points to a report of some coal mines possibly reopening near the Maybeury community, adding that it’s a combination of the increase in the price of metallurgical coal and the optimism associated with the current political climate.

Any new coal mining jobs that are created will help. And the more miners who go back to work, the stronger our local economy will become. Still, the region can’t place all of its economic development eggs in the coal mining basket. Yes, the coal industry has a pulse, and is showing renewed signs of life. And that’s great.

We, too, are hoping to see a stronger industry resurgence next year if domestic metallurgical coal is, in fact, used as part of Trump’s infrastructure plan.

But it is also critical that we proceed with and prioritize a continued diversification of our regional economy.

This includes a focus on new manufacturing, high-tech, tourism and related industry jobs. And, with hope, new coal mining jobs can be added to that mix as well. 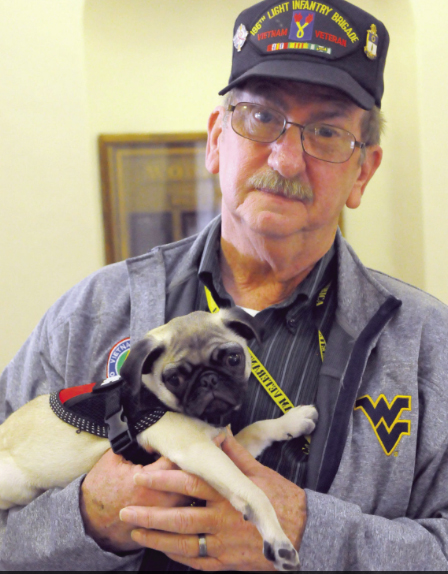 CHARLESTON, W.Va. — The number of concealed weapons permits issued annually in the state has more than quadrupled…
byDon Smith

Think before you fry: Be smart to stay safe with holiday cooking

By JOSHUA QUALLS The Herald-Dispatch HUNTINGTON, W.Va. — House fires rage across the nation each Thanksgiving about four times…
byDon Smith