Editorial: Being armed can mean dangerous

2 minute read
Total
0
Shares
0
0
0
From The Dominion Post of Morgantown:
Most would agree no traffic stop is routine.

Some would say they are terribly risky, including the U.S. 4th Circuit of Appeals in a decision.

That case involved a felon, who was arrested in the state’s Eastern Panhandle in March 2014, with a gun in his pocket following a traffic stop.

Police received a tip the vehicle’s passenger while parked at the site of a drug-trafficking hotbed had just loaded a firearm before getting into the vehicle.

Police stopped the vehicle because no one was wearing seatbelts and frisked the passenger, which led to the discovery of his weapon and arrest for possession of a firearm by a felon. The felon later contended that the frisk violated his Fourth Amendment rights against unreasonable search and seizure.

Also at issue was a 1968 legal precedent (Terry v. Ohio) that resulted in what is known as a Terry frisk.

A Terry frisk is a justifiable search for weapons, in the absence of probable cause, so long as there is suspicion an individual’s armed and dangerous.

A 6th Circuit Court ruling in 2015 also insisted that police need to establish evidence of danger.

And that where it is legal to have a firearm, unlawful possession “is not the default status” to search a suspect.

However, the 4th Circuit ruled in January that traffic stops are inherently dangerous and said “traffic stops of persons who are armed, whether legally or illegally, pose yet a greater risk to police officers.”

The West Virginia felon’s case is now headed to the U.S. Supreme Court to resolve this conflict.

This case wouldn’t have got our attention if our state’s attorney general had not joined four other states seeking to overturn the 4th Circuit’s ruling.

They contend this ruling infringes on gun rights. They argue that gun owners have the right to carry weapons “without the fear of being unreasonably searched.”

We’re more than a bit confused why our state’s top law enforcement officer would join this chorus in light of this case’s individual merits.

Anyone seen loading a weapon in a known drug-dealing area is cause to know they are armed — and in that context — assumed to be dangerous.

No, not simply because they are armed, but because there was reasonable suspicion of criminality.

This case is not about gun rights at all, but about protecting law enforcement.

It’s not difficult to equate suspicion or knowledge that a person has a firearm with evidence of danger, either.

Determining whether someone has a lawful right to carry a weapon before conducting a pat down would seem secondary in most instances.

And needless to say, would put law enforcement at a more extraordinary risk.

Drug wholesaler CEO to step down amid WV pain-pill probe 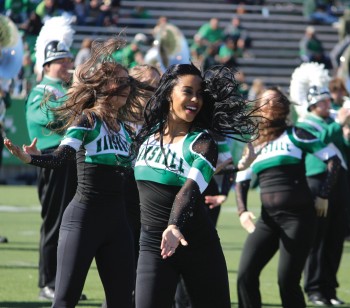 HUNTINGTON, W.Va. — The Baltimore Ravens cheerleading team is gaining another daughter from Marshall University for the…
byBrian Canterbury

By JAKE ZUCKERMAN Charleston Gazette-Mail CHARLESTON, W.Va. — The House of Delegates passed a bill Tuesday that would impose…
byDon Smith