CHARLESTON, W.Va. — Downtown Charleston’s first tattoo studio has opened its doors after City Council voted to amend the zoning ordinance in December to allow for such businesses.

Quinn, who also co-owns Black Eagle Tattoo in Kanawha City, said he first tried to open a downtown tattoo shop on Lee Street about eight years ago, but was turned down because the zoning ordinance prohibited tattoo and piercing shops in the central business district.

“We signed the lease, had all the paperwork done and paid the deposit,” he said, but the ordinance’s restrictions brought those efforts to a screeching halt.

With 15 years of tattooing experience, Quinn garnered more than 1,500 signatures in an online petition requesting last fall that the city revise its zoning ordinance…

From The Dominion Post of Morgantown:  It has virtually become a fifth season. But one that doesn’t just…
byDon Smith 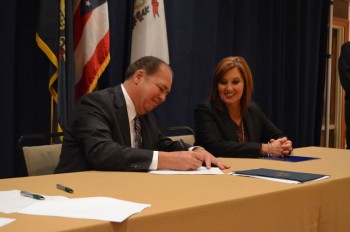