Dorothy Abernathy, regional media director of The Associated Press, shares 10 things you need to know Tuesday, July 5, 2016. Look for full stories on these late-breaking news items and much more in West Virginia newspapers.

The solar-powered spacecraft Juno is on a 20-month mission to map the biggest planet in the solar system.

2. WHAT IS DIVIDING AMERICA

The economic disparity between largely Democratic cities and increasingly Republican rural areas in America is transforming the 2016 presidential election.

Despite a lot of noise by insurgents, Republicans are on track to defeat a move to change party rules that would prevent the real estate mogul’s nomination at the convention.

The agency is under fire in courtrooms over delays turning over government files related to Hillary Clinton’s tenure as the nation’s top diplomat.

Authorities in Rome say a 40-year-old man is “seriously implicated” in the murder of Beau Solomon, a University of Wisconsin student who was robbed, killed and dumped into a river.

A 34-year-old Pakistani resident of the kingdom who arrived 12 years ago to work as a driver is identified as the one who detonated an explosive outside one of Islam’s holiest sites in Medina.

Unlike in England and Wales, downtrodden towns in Scotland and Northern Ireland made the calculus that quitting the EU wouldn’t turn things around for them.

8. IN WAKE OF ORLANDO, A SEA CHANGE

More police departments in U.S. cities are exploring technology that would allow 911 emergency dispatchers to receive text messages from people who need help.

From the Lincoln Memorial in Washington D.C. to the “Rocky” steps in Philadelphia, runners are making these landmarks new fitness hot spots.

10. JAMES, WADE AND DUNCAN HAVEN’T EVEN SIGNED YET

After four days of NBA free agency, roughly $3 billion in deals have been struck — which works out to around $9,000 a second.

​WV Press has emailed this release from the West Virginia Health Care Association to all media outlets: CHARLESTON,…
byDon Smith 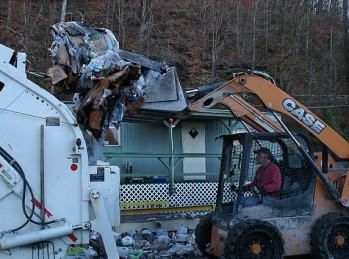 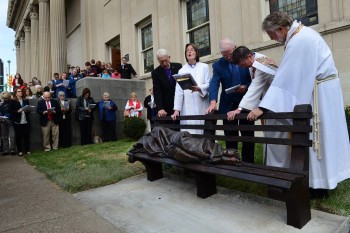 CHARLESTON, W.Va. — Walk down Washington Street in downtown Charleston, across the street from the post office, and…
byBrian Canterbury